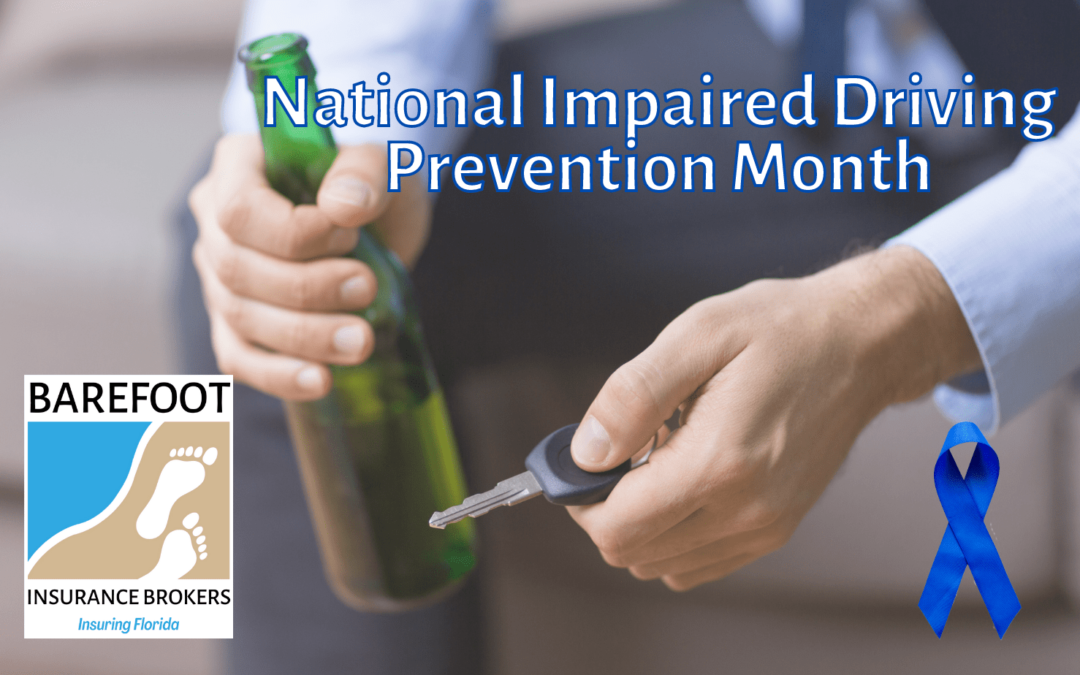 In the month of December, a handful of organizations have banded together to bring social awareness to impaired driving in the United States. The organizations that have deemed this month: “National Impaired Driving Prevention Month”

The Organizations involved in this alliance include:

More vehicular related deaths occur during the holiday season than any other time of year making it the clear choice that December was chosen as the awareness month to prevent impaired driving on American roadways and especially within the State of Florida.

In 2021 there were over 10,000 deaths due to impaired driving across the United States; out of those 799 deaths occurred on Florida roadways.

If you’re caught, or worse, involved in an accident while driving under the influence of drugs or alcohol in Florida you are subject to some strict penalties including fines, fees and possible jail time. You’re also, as always, responsible for your third-party Bodily Injury Liability that could arise from an incident on a Florida roadway which could directly translate to a lawsuit. The average amount spent on the costs associated with a DWI/DUI in the State of Florida in 2022 is $14,000 for one driver caught driving under the influence without considering the possibility of an injury or accident.

In addition to the costs, your license would most likely become suspended or revoked and you’d end up needing to take specific advanced driver education within Florida and be forced to carry a Florida FR44 for 3 years from the date of the conviction.

An FR-44 certificate is a notice to the State of Florida’s FLHSMV that you’ve obtained the proper coverage to be legal to drive on the roadways, with insurance supervision from the state officials. The FR44 is a requirement for people with severe driving offences, such as a DUI/DWI conviction occuring on a Florida roadway. An FR-44 requires higher liability coverage than a SR-22 which is only a $10,000 per person liability requirement to the Florida DMV or FLHSMV. The cost range is typically $600-$2000 every 6 months for a non-owner policy (like if you need the Florida FR-44 Filing but you don’t own a vehicle) and can range in cost between $700-5000 (sometimes more if your car needs physical damage coverage) every 6 months for the required $100,000 per person liability on the Florida FR44 as a vehicle owner. If your license has been suspended and you then become convicted of a DWI in Florida, an FR44 certificate is required in order to reinstate your license and must be maintained continuously without lapse for 3 years.

In the month of December you can display a blue ribbon to bring awareness to impaired driving on the Florida roadways.

Are you interested in more information on how to prevent impaired driving and what you can do as a consumer and citizens?

Do you need assistance with your Florida FR-44 Insurance filing? If you’re in the market for new FR44 quotes, rates, a new policy or information, call 321-218-3880, extension 6 to speak with Allie Horblitt.

Allie Horblitt, Insurance Agent with Barefoot Insurance Brokers, works out of both the South Florida and Central Florida offices and can write Florida FR44 Insurance across the state, but specializing in Car insurance coverage in Duval County, Nassau County, Jacksonville, St Johns County, St Augustine, Yulee, all through the Space Coast and the Greater Tampa Area. 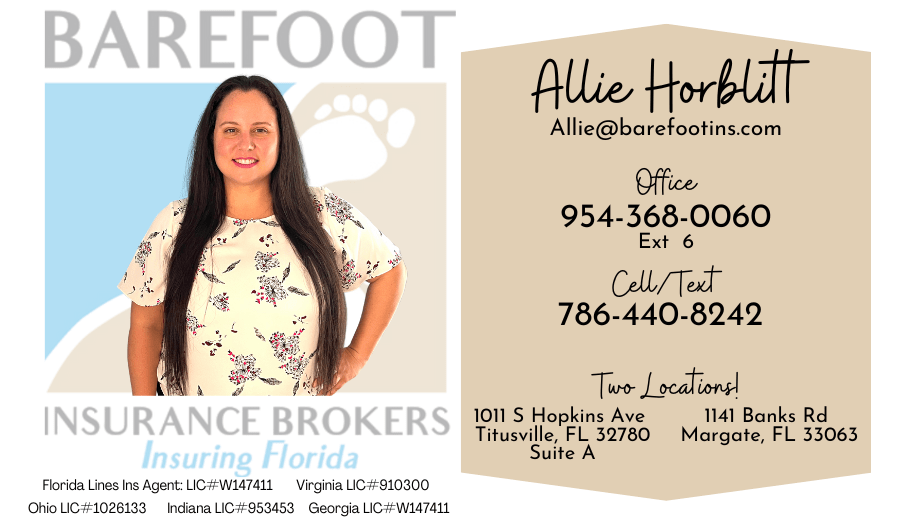